·
By Troy Ismir
·
Under Faith and Fitness
7 min read 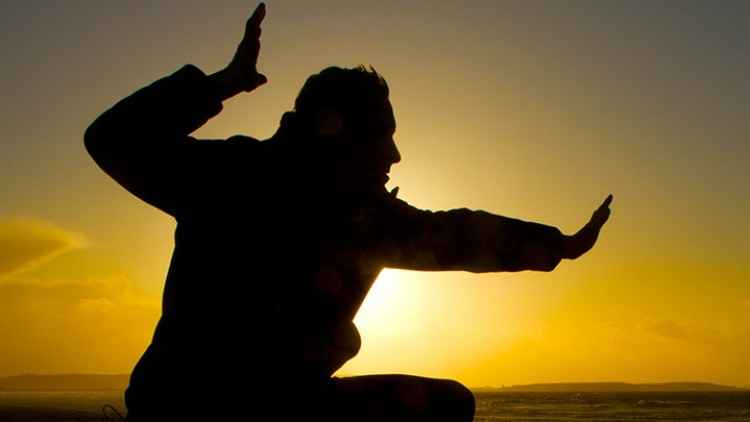 “I thought the race set before me by God was getting physically fit, but it was so much more than that.”   This is what my client Matt Kuti had to say after we have been working together for the last seven months.  Matt came to me desperately wanting a physical transformation, but he has gotten so much more.  His life has been transformed mentally and spiritually.

60 POUNDS OF DONUTS AND BEER 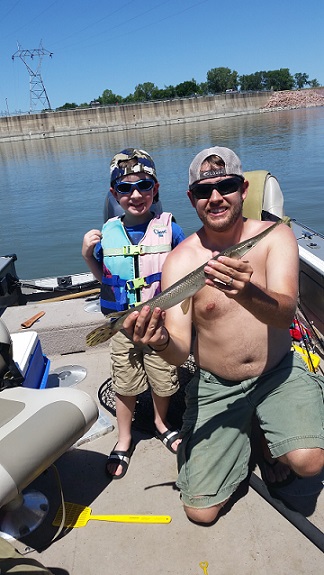 I remember meeting Matt for the first time as if it were yesterday.   Matt was a former athlete in high school starring in cross country, wresting and baseball.  He particularly excelled in cross country and identified himself as a runner.

Matt went off to college, got married and had kids early.  Somewhere in there Matt got too busy with school, family and other obligations, deciding he didn’t have time to run any more.  Fitness, sports and exercise no longer were a part of his life.  He was simply too busy.

Fast forward ten years and Matt is tipping the scales at 185 pounds on his 5’7” frame adding sixty pounds of donuts and beer as Matt puts it.  He didn’t add an ounce of muscle, just pure body fat.  Matt’s typical routine was to wake up five minutes before he had to get to work, make a quick side trip to the grocery store for his daily fix of three to a half a dozen donuts.

Matt was physically exhausted all of the time.  He also suffered from bad reflux popping about as many Tums as donuts he was snarfing down during the day.

From a spiritual perspective Matt felt like he was doing alright.  At this point he wasn’t integrating faith and fitness.  His spiritual life was separate from his physical life.

I DON'T BELONG IN A GYM

Matt suffered from poor self-esteem and lacked confidence in himself.  Matt described his 185 pound frame as a potato with four toothpicks in it.  All of his weight was in his gut.  He fell into the category of former athlete and former everything.

Matt confessed to me the first time we met that he was terrified to go inside a gym.  In fact he admitted that he would tremble when he would go to the gym to workout.  He was so intimidated he made it a point to go late at night so no one would see him.   Matt stated, “I looked at my body and I didn’t feel like I belonged in a gym.”

When Matt went into the gym he found himself confused and lost.  He would get on the treadmill and realized he couldn’t run any more relative to his cross country days of his youth.  He was intimidated by the weight room and felt like he didn’t belong there either, so Matt became an expert at making up excuses not to go to the gym.  Matt got so worked up because he wanted to change so badly, but he was paralyzed by fear.

At that point, Matt sought me out as his coach.  He admitted he didn’t know what he was doing.  He was done trying to figure it out on his own.  He was ready to humble himself and ask for help.

Our first work together was to understand why he was such a self-saboteur.  Why was he forcing himself to quit?   My mantra to my clients is to just keep showing up regardless if you feel like it or not.  Matt would usually last about two months or less on a workout program and then quit.  Matt is now seven months into our working together and has gone from 180 pounds down to 163 pounds.

WORKING OUT BECAME A FORM OF WORSHIP

But there is so much more than Matt’s physical transformation.  For Matt at first it was very strange to integrate Christ into his workouts.  But as our discussions progressed he started to understand that being physically fit is a form of worship.  That taking care of our vessel is one of the best ways we can honor God.   Eventually for Matt working out became a form of worship.

Matt has gotten to the point where his main goal in the gym is to have the physicality that would allow God to use him to the best of his abilities.  Matt shared this with me, “I am in awe of everything God has done in creating my human body. I see Him in my workouts.  I am seeing God outside of the church.  I am seeing Him more and more in all these little things he is doing in my life.  God wants me to get back in better physical health and be the best person he created me to be.  Just the energy I have now is huge.”

Part of the work I do with my clients is that I challenge them to choose a goal that gets them out of their comfort zone.  The goal they choose has to scare them and they have to have serious doubts that they can accomplish that goal.  Matt’s dream and big hairy audacious goal was to run the Boulder Boulder 10k race.  Something he has wanted to do since moving to Colorado about ten years ago.

I encouraged him to make the commitment and sign up. Matt took on the challenge, but not without some serious doubts.  But he decided life is too short not to pursue a dream, a big scary out of his comfort zone goal. 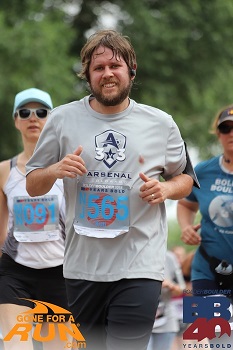 He admitted that he slept about five minutes the night before the race.  He was scared, but was determined to run the whole 10k without stopping.  He did just that with his wife and two children waiting for him at the finish line.  When he saw his family he just lost it.  Matt described it as, “The greatest feeling in the world.  I felt like I could do anything.  In six short months I went from couch potato to finisher.”

Not only has Matt’s life been transformed on this journey but also his family, his community and his church have all been impacted by Matt’s transformation.  Matt now is more physically active with his kids, he has more energy to pour into his mission work and his main goal now is to inspire others to take better care of their physical health so they can be of better service to God.

For Matt the gym isn’t a scary place any more.  It’s an altar.  It’s where he comes to worship several times a week.  Through this experience Matt has grown stronger spiritually, mentally and physically.

Matt’s best words of advice for other guys who were once great athletes and have lost their inner warrior is if I can do it anyone can.  Find a great coach that you trust and spill your guts out to him.  Get in prayer and don’t isolate yourself.

When we reclaim our inner warrior like Matt did through physical fitness and adventure it transforms every area of our life.   It takes courage to do what Matt did.  He reached out and asked for help.  He humbled himself and said I can’t do this on my own.

I want to encourage you to get out of isolation.  Ask for help.  That is the biggest sign of strength you will ever show.  The integration of physical fitness, mental strength and spiritual growth will transform your life and you will never look back.  The only regret you will have is that you waited so long, but it is never too late to reclaim your inner warrior.

There are no comments yet. Be the first one to leave a comment!